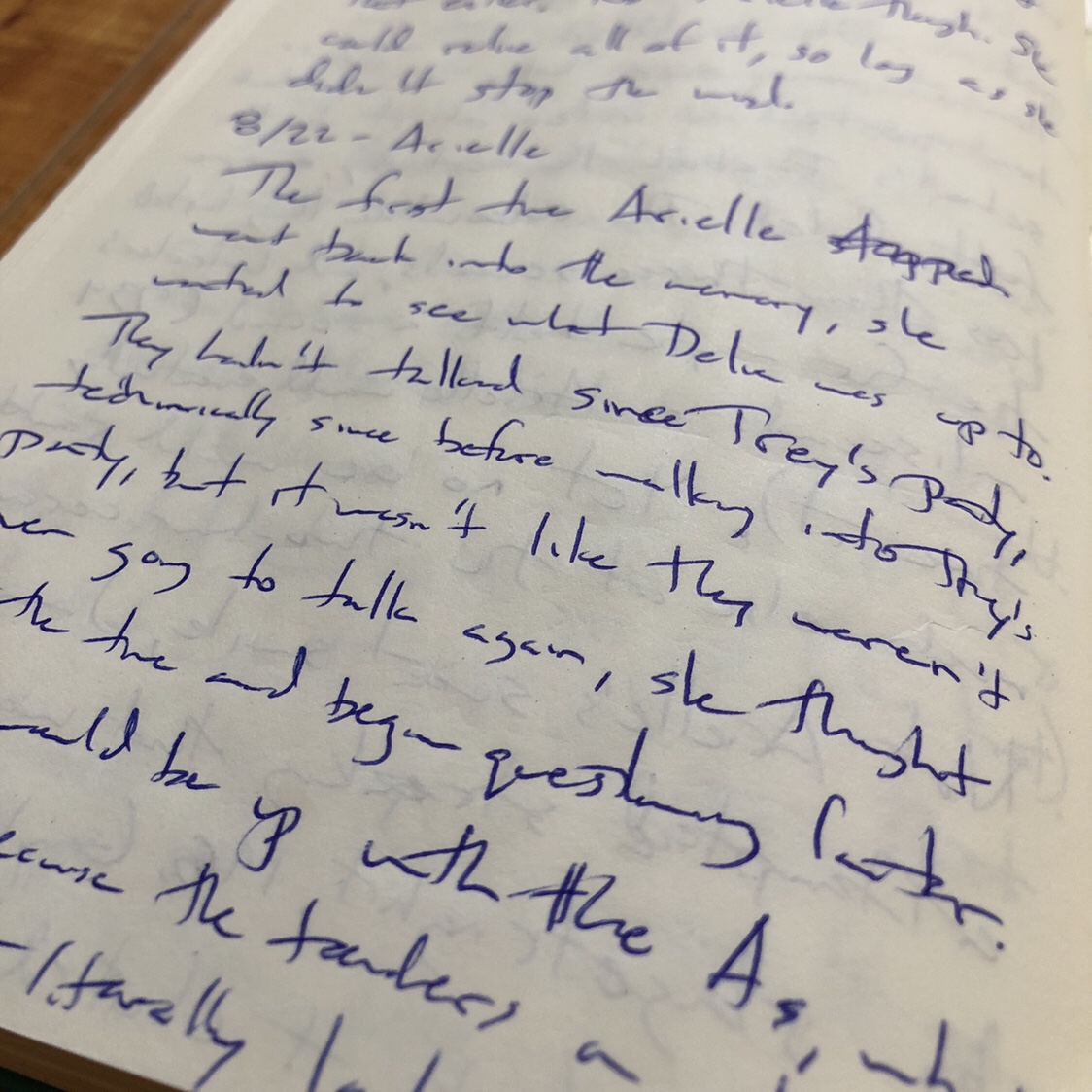 The first time Arielle went back into the memory, she wanted to see what Delia was doing. They hadn’t talked since Trey’s party. Technically since before walking into Trey’s party. But it wasn’t like they weren’t going to ever talk again.

Delia would be up with the “A”s, which sucked because the teachers on stage were almost literally looking over the front row as if they might pull someone on stage. But “Ames” meant she’d at least be second or third row, with all the Abbotts and Acalas and Adamses. Fourth row in fact, Arielle found, having forgotten about the Aguilar twins and Aguirre cousins, plus the other two Aguirres who were each their own things.

Delia was on her phone. Promising. Arielle couldn’t interact with others in the memory. She had learned that the fifth time when she got up her courage after discovering on the fourth time that the memory captured stuff she didn’t even see or know about when the memory was being made. Mostly she was a spectator. But if she could spectate on people’s phones, she had even more to see.

Not so much on Delia’s phone though, not right now. She was playing with that pink focus filter and putting it on different people sitting behind her. Oh wait, she was adding superlatives. “Most Cliche” went to Tom Morgan. Yeah, duh. He wears a puka shell necklace and brings his own beer bong to parties. “Most Likely to Drive a Winnebago” to Claire Forte. Weird. Sandra Dayton had been the one who said she was going to drive through all 48 connected states before she graduated college. Arielle didn’t think much of the fact that Delia was saving these videos to her phone instead of posting them. Delia almost always banked posts. Arielle thought she tried too hard, but she didn’t have anything to say when Delia snapped back that at least she was trying.

Oh bitch. Delia had her phone aimed at Arielle’s section, then at Arielle, who could have taken her mother’s name Acosta if her parents had divorced because her dad had some secret family — no, two secret families — instead of loving each other and even, swear to God, deciding to renew their vows in Hawaii this summer. But no. Instead she was Arielle Ignacio, which would be great years later when she was making her name, but right now was the name of the person most likely to move home after college.

I write View all posts by petersontee